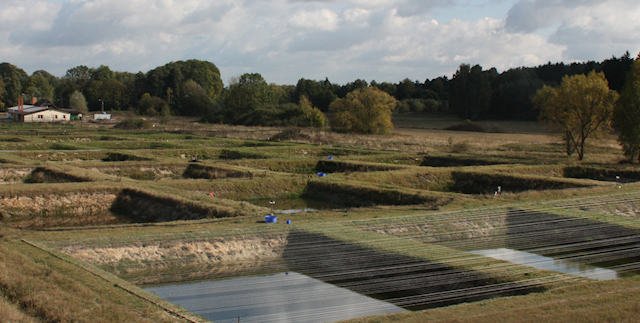 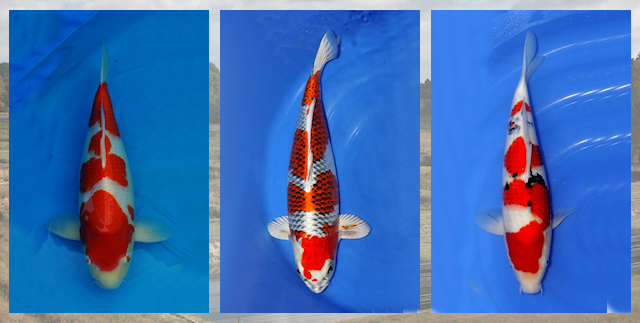 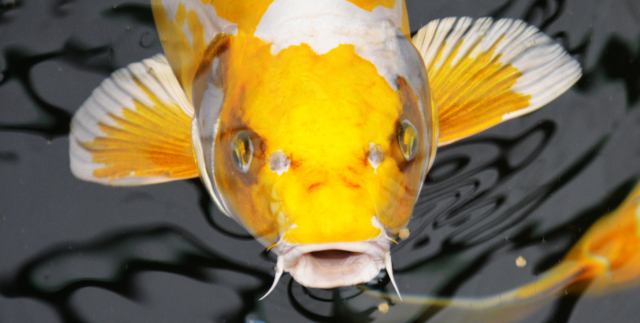 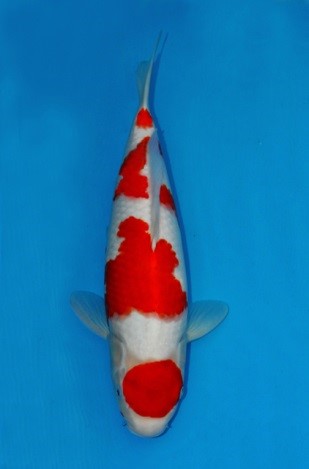 The Kohaku is according to many the Koi that you only really learn to appreciate if you already have Koi for a longer time.
The saying often goes, The Koi hobby starts and ends with the Kohaku.

The simplicity and the calm appearance off a Kohaku often speaks for itself.

A snow white skin on a Kohaku of high quality is an absolute must. Only then, the Red pattern will come out good on its best. The red color needs to be even as much as possible from the head until just before the tail. By this I mean that the red color on the head should not or can only be a bit different from the red color on the rest of the body. The pattern must either be very simple or very imaginative.

A beautiful but simple pattern as a two-step ( Nidan ) or three-step (Sandan) Kohaku can capture the imagination as much as a Kohaku with a more red Island type of pattern on a white water surface.

To be short, the pattern of a Kohaku is very personal and it gives every Kohaku a personal appearance.

It is important as with a Kohaku that the pattern does not go too far under the natural line. At a young and also smaller Koi you will not see clearly why this is so important. If the fish grows, however, the Koi also becomes wider. As a result, the pattern lies more on the top of the Koi and becomes free surrounding with white.

If the pattern on the small Koi is going too far under the natural line, then this will not be because even when the Koi get bigger and wider the pattern will still stay below the natural line and get a appearance off being too large. It also takes the calm appearance away that is so important on a Kohaku. Therefor it is important to look for it in young fish because it is going to be an important feature in the large Koi.